A couple of weeks ago, I made the decision to get fit. I’m at a pretty good weight and size for my height so weight loss isn’t the goal. The goal is to be toned. The vanity in the decision is that I have three superhero cosplays to make for next year’s Heroes Con. While the ladies are covered but, the fit of their clothing leaves little to the imagination. Plus, I want to look the part of a superhero.

I started the new plan 4 days ago. I had to wait because I had minor back surgery to remove some epidermal cysts and the stitches needed time to heal. My plan is simple: eat healthier, drink more water, work out every day. I started a train for a 5k running program and have also incorporated visual workouts by Neila Rey on days I can’t run. To make sure I stay motivated, I am keeping a blog entitled Team Sparklefists where I am documenting what it is I am doing weekly, how well or not so well I am achieving my goals, and also talking comics. So far I have been mostly successful, which I’m very happy about. My tummy has slimmed down a bit and I can feel my legs growing stronger. Gotta work the arms and back but the scars from the surgery need another 2-3 months to heal before they withstand anything substantial.

In starting this new workout, I find myself lacking in clothing. I have two pairs of skort capris (capris with skirts attached), one pair of yoga capris, a skirt cover up, one short sleeved shirt, and one tank top. THAT’S IT. While I can get by with the capris, my tops need work. But I can’t spare the money to buy tops because work out gear is expensive. Even the $20 it takes to by regular tank tops is making me cringe. So I scoured my closet and found two tees – one too big and one too small. I decided to make them into tank tops. 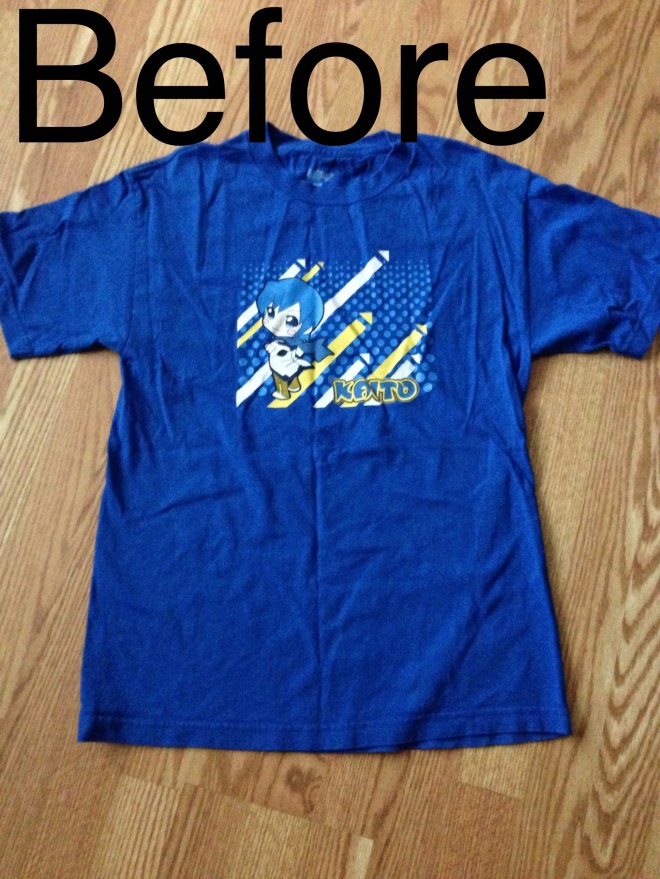 I started with the large tee. I have had this tee since 2011 and wore it a few times for sleeping. I don’t know what possessed me to buy a men’s medium; I haven’t worn oversized shirts this large since I was in high school. It’s been sitting in the closet for a good year and a half. I decided to attempt to make it a racerback tank using various no sew tutorials on Pinterest.

I cut the collar down to where I wanted it and cut off the sleeves. Since the sides were too wide, I decided to slim those down about 3 inches on each side. THAT was a mistake since now the tank was fitted and wouldn’t accommodate the racerback style in the way I was making it. So instead I cut a deep V in the back and cut off about 3 inches off the bottom. 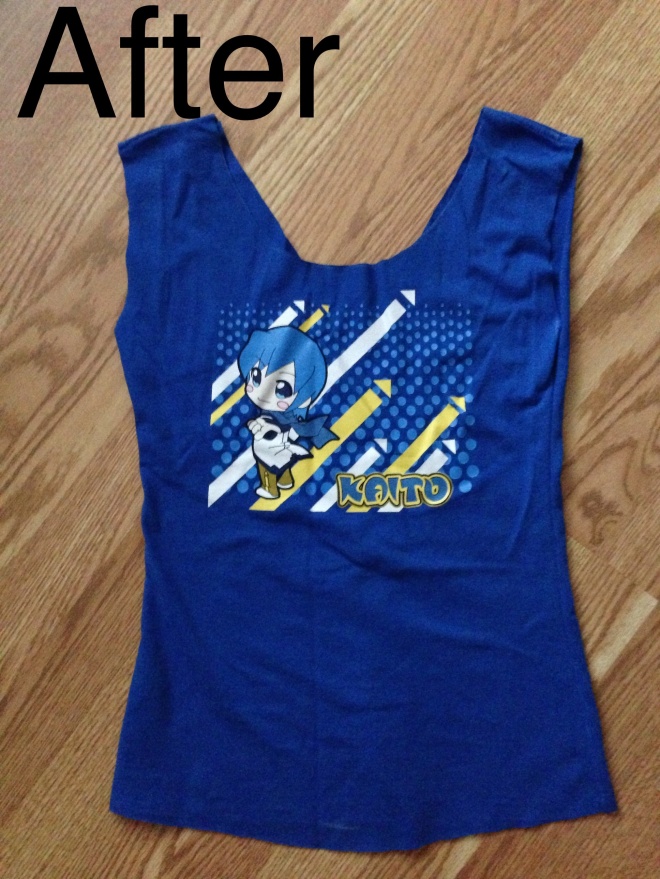 So it wasn’t what I wanted originally, but it’s still a decent tank and more sized to my body. The edges are raw and after some debate I decided to leave them that way. It’s just for working out/running so it’s going to get filthy and messed up anyway.

I haven’t started on the other too small shirt yet since I need to get some purple stretch jersey. But soon. 🙂

One thought on “DIY: Large Shirt to Tank Top”